Succession planting is a great method to getting the most from your vegetable garden.  One way of doing that is to plant something new in the spot where a short-lived crop once grew, (corn after peas for example).  Cool season crops, (e.g. broccoli, lettuce, peas), can be followed by warm season crops, (e.g. beans, tomatoes, peppers), and then cool season crops can be planted again at the end of the season.  Some choose to plant a cover crop at the end of the season, which prevents soil from eroding and adds precious nutrients back into the soil.

The example of succession planting found here is called relaying, where you plant multiple plantings of one crop to ensure a continual harvest.  Some of the crops to plant in this fashion are greens, corn, beans, beets and cucumber.

For this example we planted baby kale seeds in a large, raised planter on Sunday, April 5.  We filled it up with Pro-Mix Organic Herb & Vegetable Mix.  Pro-Mix is just a brand we carry, similar to Miracle-Gro.  Next, we planted the Tuscan Baby Kale seeds in just half of the planter, and one four-pack of ‘Great Lakes’ lettuce in the other half.

We just started carrying Renee’s Garden seeds.  Their website has some helpful hints and tips, including this video for planting kale seeds in a bed.

Three weeks later, on April 28, we planted more kale seeds in half of one planter, as well as some baby spinach in the other half.  As the first crop is almost ready to harvest, there is a second crop now growing that will be ready when the first is done. 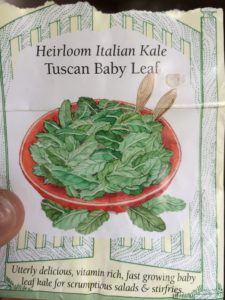 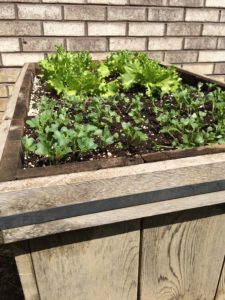 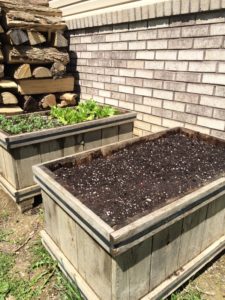 #bednersgrown
We started planting this week, and some of the fir

Trivia time! Flower petals, like seen here on this